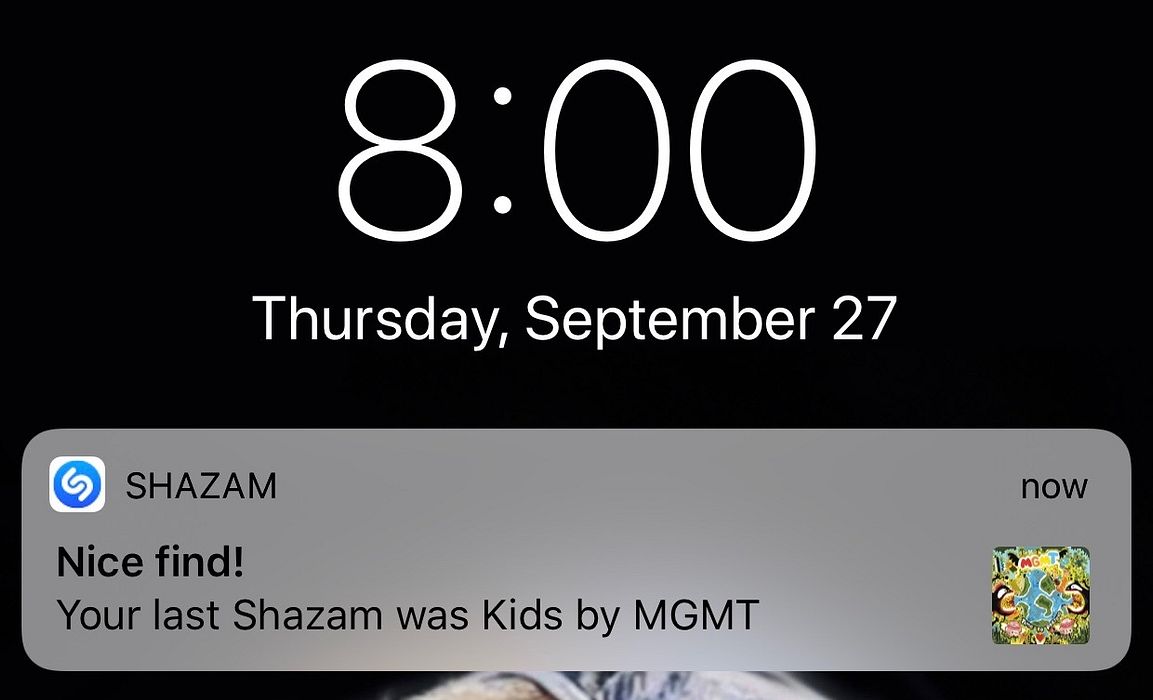 This is a solution found in the Shazam apps for iOS and Android. When users tag a song using Shazam, the app will send a notification days later reminding them about the previously identifies song.

Shazam is an application can identify music, movies, advertising, and television shows, based on a short sample played and using the microphone on the device.

Shazam users need to open the app and trigger the listening mode. Shazam will record the sample and will attempt to find a match. If the app finds a match, then it will show it to the user and will save it to a list of identified songs.

After this, most users will close the app and possibly retrieve the name song at a later time. However, there's a chance that users will forget or not re-check their identified songs after using the app again or only after re-acknowledging the app after a long time.

To help with this, Shazam passively reminds users about a recent song added to the list, by sending a notification to the users. This reminder helps the users to re-acknowledge information in which they had previous interest and increases the app engagement.

Apps that help users capture and organize information are widely popular. Some apps like Shazam go way beyond this by even automating the process of identifying and capture unknown information.

However, many of these apps suffer from a "use and forget" syndrome. Since it's clear that users had the intention to reuse this information at a later time, it's essential for developers to provide mechanisms to help users re-acknowledge this information when they possibly need it.

Shazam achieves this by sending brief notifications, that remind its users about previously identified songs. By doing this, Shazam increases the recall associated with their app and its functions, and also increases the engagement of users that aren't necessarily hard-core Shazam users.